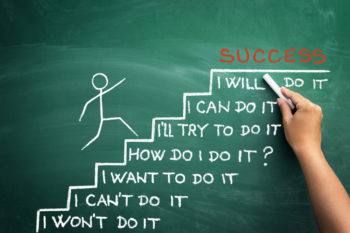 Because I grew up with three older brothers you’d think I’d be very interested in sports…but I’m not.  I know some of the basic rules for football and basketball and baseball, but for some reason I never became an avid fan.

That’s why I was a little surprised when last Sunday’s Super Bowl game had such an impact on me.

As I thought about it, what really captured my attention was not the final score or even the action on the field – but the sheer determination to win.  A focus that became so intense it was unexplainable and unbeatable.

Here’s what I observed – and since I’m not a sports aficionado, I will probably get some of the details and terminology wrong.  But what I saw has far greater impact than any numbers on a scoreboard.

All I know is that one team was winning by a whole lot with only a few minutes left in the game.  It seemed obvious to everyone who the winner would be.  There was a HUGE point difference and it seemed insurmountable.

Then something changed.  Somehow, some way, the losing team dug deep inside themselves and found a strength that kept them moving forward – one yard at a time, one play at a time, one touchdown at a time.

They refused to give up!!!

Even when most people around them did give up – even some of their fans – they refused to throw in the towel.  The losing team found courage, confidence and belief in themselves and their teammates.  They found a way to chip away at that score, and in just a few minutes they crossed that finish line – champions.

The power of not giving up, of believing in yourself, of giving it one more try.  I can’t even begin to imagine what we can accomplish with that type of determination. 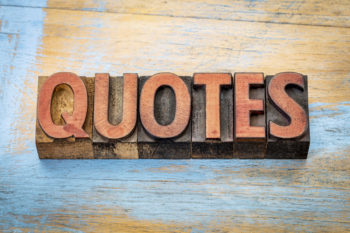 That’s the one word that would describe this seventh technique that helped me through a very difficult time in my life.

For some reason, I was really drawn to quotes.  I found that when I heard them and wrote them down, it actually made me feel a little better.  I began to post them all over my house – mirrors, dressers, refrigerators… even on the steering wheel in my car.  So no matter where I went, there was some quote that resonated with me.

They were about courage, hope, love.  Some made me laugh and others made me cry, but each and every one made me believe in myself a little deeper, it made me feel a little stronger, even if only for a little while.

One of my favorite quotes is: “She believed she could, so she did.”  I had a small plaque with those words on it and I put it smack dab in the middle of my dresser.   I could read it every morning when I woke up and it helped me tackle the day.   More importantly, I read it every night before I went to bed.  That way I had seven or eight hours of sleep where this thought could percolate inside my head.  It helped me believe in myself once again.

What about you?  Do you have a favorite quote?  One that speaks to you and makes you smile?  Maybe you have two quotes.  Three quotes.  Five quotes.  Post them where you can read them every single day.

I actually made a list of The Top 10 Quotes that Helped Me through the Day.  If you’d like a copy, click here and feel free to use them in whatever way helps you the most.  And if you have time, please share your quote with us. We can all make our own list of favorite quotes and start smiling today. 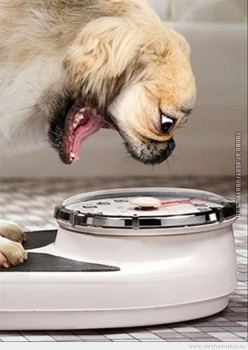 Summer is here. My closet is filled with the cutest summer outfits EVER. And I can’t find anything to wear. I’ve gained enough weight over the winter that I can’t fit into any of them.

It seems like I’m constantly saying “no” to all those tempting sweets, but the scale on my bathroom floor says otherwise.

How could I let this happen? Why don’t I have more self-control?? I hate the way I look!!!

If I start feeling this way about myself, I open the door to let others see me this way. I allow others to doubt my confidence and my belief in myself.

It’s time to flip the switch. It’s time to start over again, take control, and tell myself that “today will be a better day”.

So I sit up straight, take a deep breath, and recommit to my goal for today. Whether it’s doing a better job at the office, finding more time for the ones I love, or figuring out how to fit into those white jeans in the next couple of weeks. I will look at the bright side and tell myself “I can do this”. And just as important, I will find the courage to ask others for help when I need it.

It was Mary Anne Radmacher who said: “Sometimes courage is the quiet voice at the end of the day saying: I will try again tomorrow”. 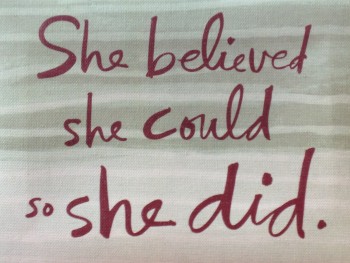 Do you have a favorite quote? One that really struck a chord with you the very first time you heard it because it connected with your own life – with your own experiences. You repeated it to yourself over and over again because it made you feel stronger, more confident, and just plain happier! Mine is:

She believed she could, so she did

When I was going through a challenging time in my life, I posted this quote all over my house –on my mirrors, my dresser, my refrigerator, and even the steering wheel in my car. Every time I saw it, it would make me feel more confident – happier.

Quotes are personal. What works for someone else may not work for you. They can be inspirational, encouraging, hopeful, and some are just plain funny.

So what quote found its way into your heart? Please, share it here – right now! It may give someone else the courage they need to get through a stressful day, help them to reach out to a friend, or make them smile. You never know whose life you may touch.

I can’t wait to hear your favorite quote.

What do Oprah Winfrey, Jerry Seinfeld and J.K. Rowling all have in common?

They were all fired from their jobs!!! And they all had their self-confidence shaken to the core.

Sound familiar? Have you ever had your confidence shaken – or lost your belief in yourself? I know I have, and I’ve struggled many times to rebuild it and get back on track again. And you know what? Each time I learn a little more about myself and I get a LOT stronger.

So the next time you find that the “no’s” in your life are taking over:

No, you’re too old

No, you don’t have enough experience

No, you’re just not good enough

STOP! Hit the delete button! And try this:

Switch immediately to the Wonder Woman pose, with your hands on your hips, and hold that pose for one minute. It may sound silly but it works. It will give you a sense of power and control, and above all, you will begin to regain your self-confidence.

Then, just like Oprah, Seinfeld and Rowling, you will find the courage to keep moving forward and find the strength to reinvent yourself.  It’s a great way to discover a new you – ready to conquer the world!